This INR magnet belongs on your fridge 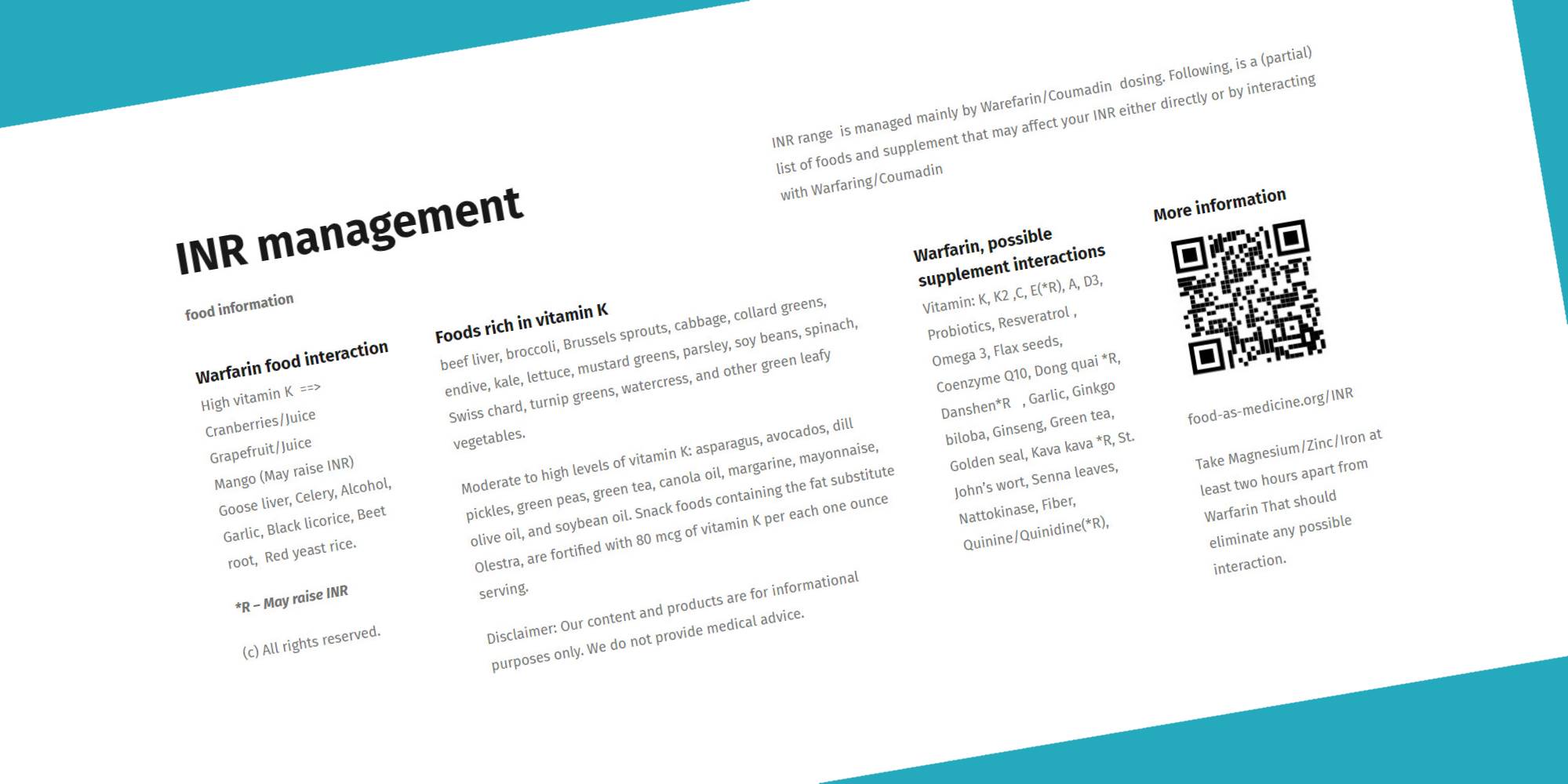 Common drugs that can interact with warfarin include:

Resistance to oral anticoagulants has been associated with high vit K food intake.

olestra, are fortified with 80 mcg of vitamin K per each one ounce serving

Consumption of large amounts of mango fruit has been associated with enhanced effects of warfarin. The exact mechanism of interaction is unknown but may be related to the vitamin A content, which may inhibit metabolism of warfarin.

Cranberry juice resulting in changes in the INR and/or bleeding complications (limited data).

An interaction with chewing tobacco was suspected in a case of warfarin therapy failure in a young male who was treated with up to 25 to 30 mg/day for 4.5 years. The inability to achieve adequate INR values led to eventual discontinuation of the chewing tobacco, which resulted in an INR increase from 1.1 to 2.3 in six days. The authors attributed the interaction to the relatively high vitamin K content in smokeless tobacco.

Some experts recommend that continuous enteral nutrition should be interrupted for one hour before and one hour after administration of the anticoagulant dose and that enteral formulas containing soy protein should be avoided. Anticouglant users should consider limiting the consumption of cranberry juice or other cranberry formulas or pomegranate juice, black currant juice, and black currant seed oil.

Those are not considered  Warfarin alternative, i’m looking for more information about using some kind of INR stack, based on the above, thus  minimizing the amount of Warfarin

Inappropriate combination of warfarin and aspirin

Rivaroxaban, sold under the brand name Xarelto among others

Apixaban is a promising candidate and may be a useful alternative to warfarin for thromboprophylaxis of mechanical heart valves. Unlike warfarin, no adverse bleeding events were observed in any apixaban groups.

We use cookies to ensure that we give you the best experience on our website. If you continue to use this site we will assume that you are happy with it.Got it